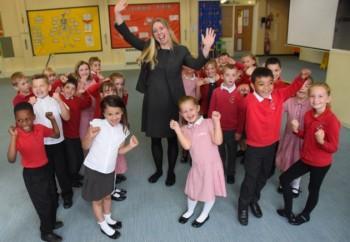 An infant and junior school that share the same headteacher are celebrating after separate Ofsted reports confirmed they both remain “good” schools.

The inspections for Costessey Infant and Costessey Junior schools were the first since they joined the Evolution Academy Trust, based at the junior school and run by its former head Tony Hull.

The reports praised Katie Lawson, the executive principal of both schools.

She said: “I’m absolutely thrilled by both the reports. I think they are a very true reflection of where both schools are at the moment. We always like to say we don’t sit still very long, so for us it’s a great result, but now we are looking forwards and aiming for that ‘outstanding’.”

Inspector Maria Curry, who carried out the short inspection of the infant school on June 7, wrote: “Since you became executive headteacher of both schools, staff from the infant and junior schools work closely together. Staff told the inspector that they valued this.

“They believe this development has strengthened the quality of teaching and learning because teachers in different year groups were gaining a better understanding of what pupils had already learned and would need to learn in the future.”

Heather Yaxley, who inspected the junior school on the same date, said it had successfully made significant changes to the curriculum since September 2015, and added: “Staff like the changes, and plan lessons differently and more effectively. As a result, pupils have a good understanding about how to use their skills across different subjects and know what to learn or do next.”