Spades were in hand and welly boots on foot as teachers, parents and pupils pushed on with a school improvement project.

Though some of the work on the pond was started during half term, on Tuesday, over morning and afternoon sessions, parents, pupils and teachers took part in a Big Dig to push the project along.

Peter Hubery, deputy headteacher at the school, said he was “staggered” at the amount the school received.

“The whole area will be such a good teaching resource for us, and the kids have really enjoyed working outside on it.

“Today’s Big Dig has been a chance to get everybody to play even just a small part – obviously not everyone can take part in the bigger work, but they can all be involved.”

He said the pond – which will include a dipping platform – will be tiered, allowing different types of wildlife and plants to spring into life at the various levels.

Though the pond and trees will come first, further down the line a poly tunnel and area for chickens will be added.

The field, which will also include a story-telling circle and fire pit, will act as an outdoor classroom for pupils.

The funds have to be spent by November, though Mr Hubery said the school hopes to have most of the work done by the summer holidays. 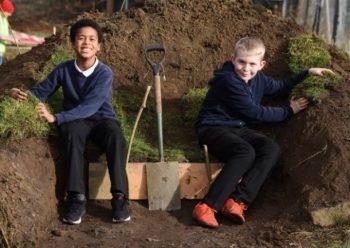 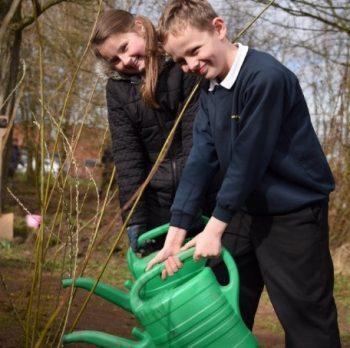 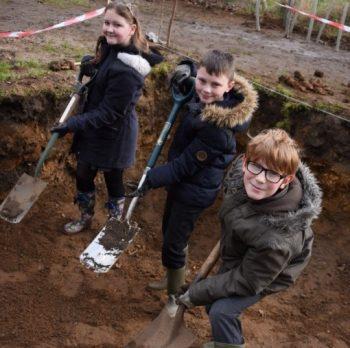